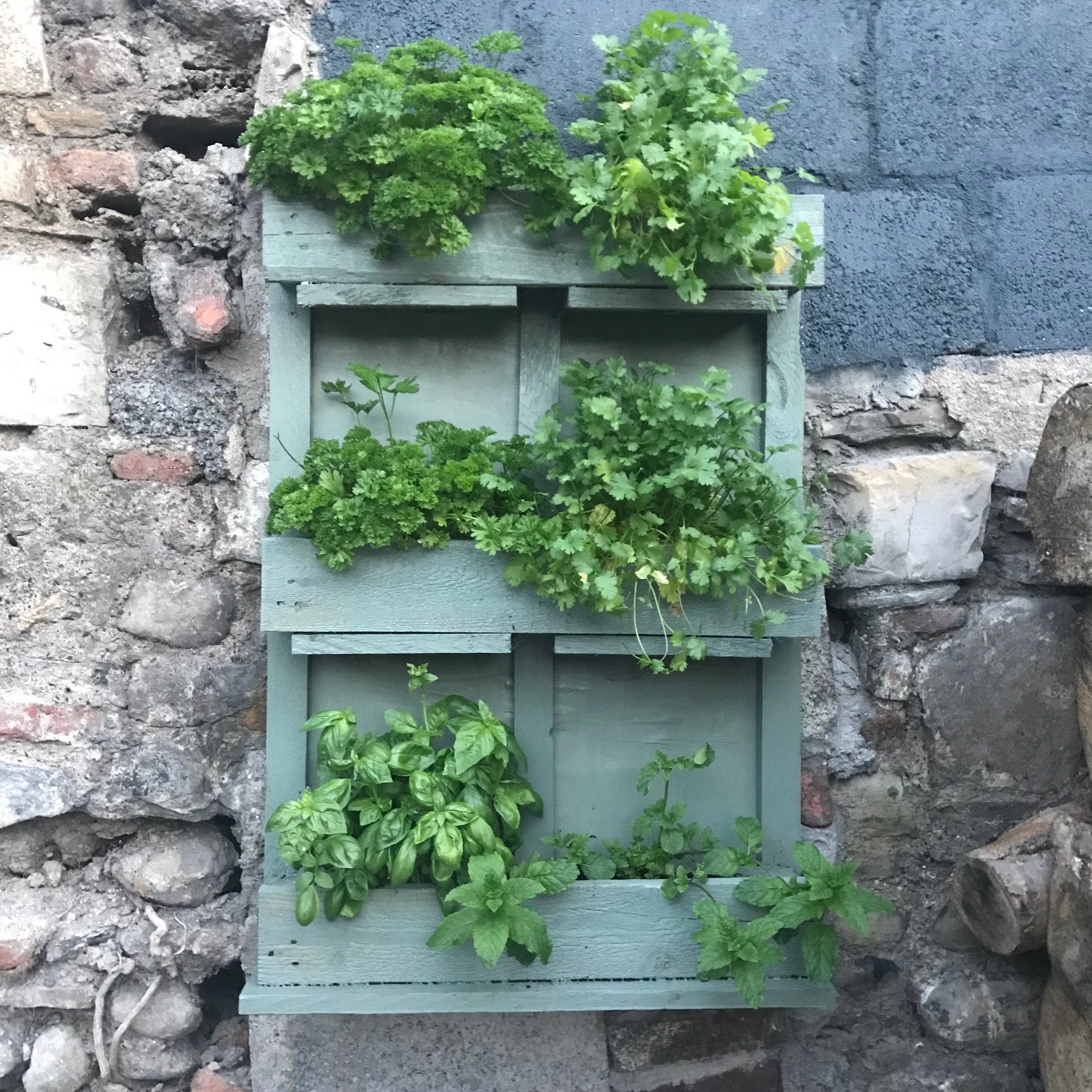 We live in the city and our garden space is not huge. As the house swallowed nearly every penny we had, there was literally no budget left for our garden space. Anything we wanted to do had to be very cheap or even better than very cheap, free. After spending ours googling things like “inexpensive ideas for small city spaces” or “courtyard gardens” I found several images of things I liked. Pallet planters popped up everywhere. I liked the idea of something on one of the walls in our garden. I was fed up buying packets of herbs which would be used once and then wilt and get thrown in the bin. Growing them seemed like a simple idea and pallets are things you can pick up for free.

I found two small pallets in work. There is an area where they are often left to be taken away. Pallets have a lot going for them, believe it or not! They are plentiful, strong and solid and are built to last. I liked that these were small in size and could easily fit in the back of the car when I took them home. 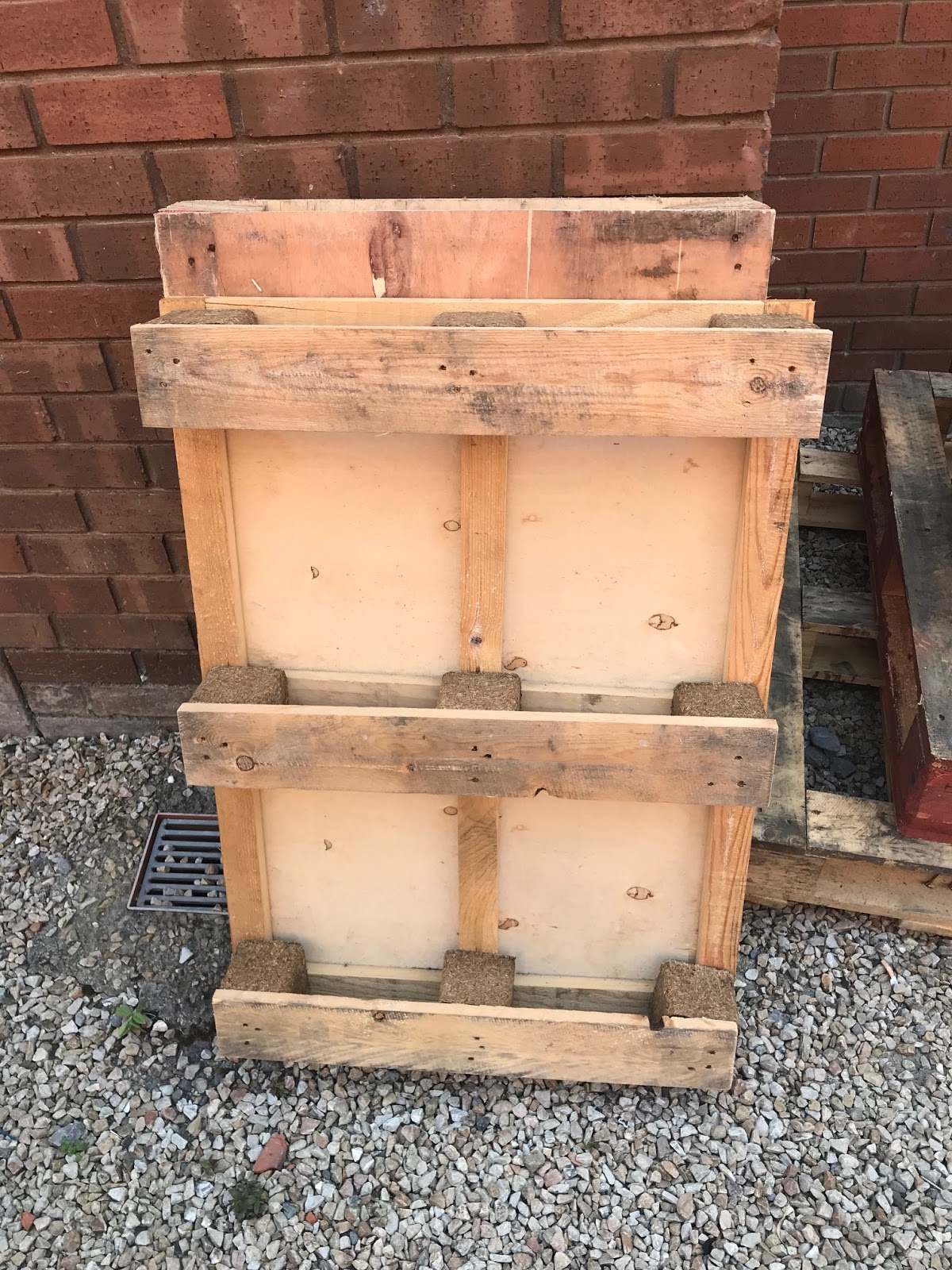 The next job was to attach some pieces of timber underneath the bottom of the three pieces running horizontally on the pallet. I had some off cuts from the fencing and window boxes I did several months back. These happened to be treated which will make the last a bit longer. I cut them to size and drilled a hole in the centre of each piece for drainage. 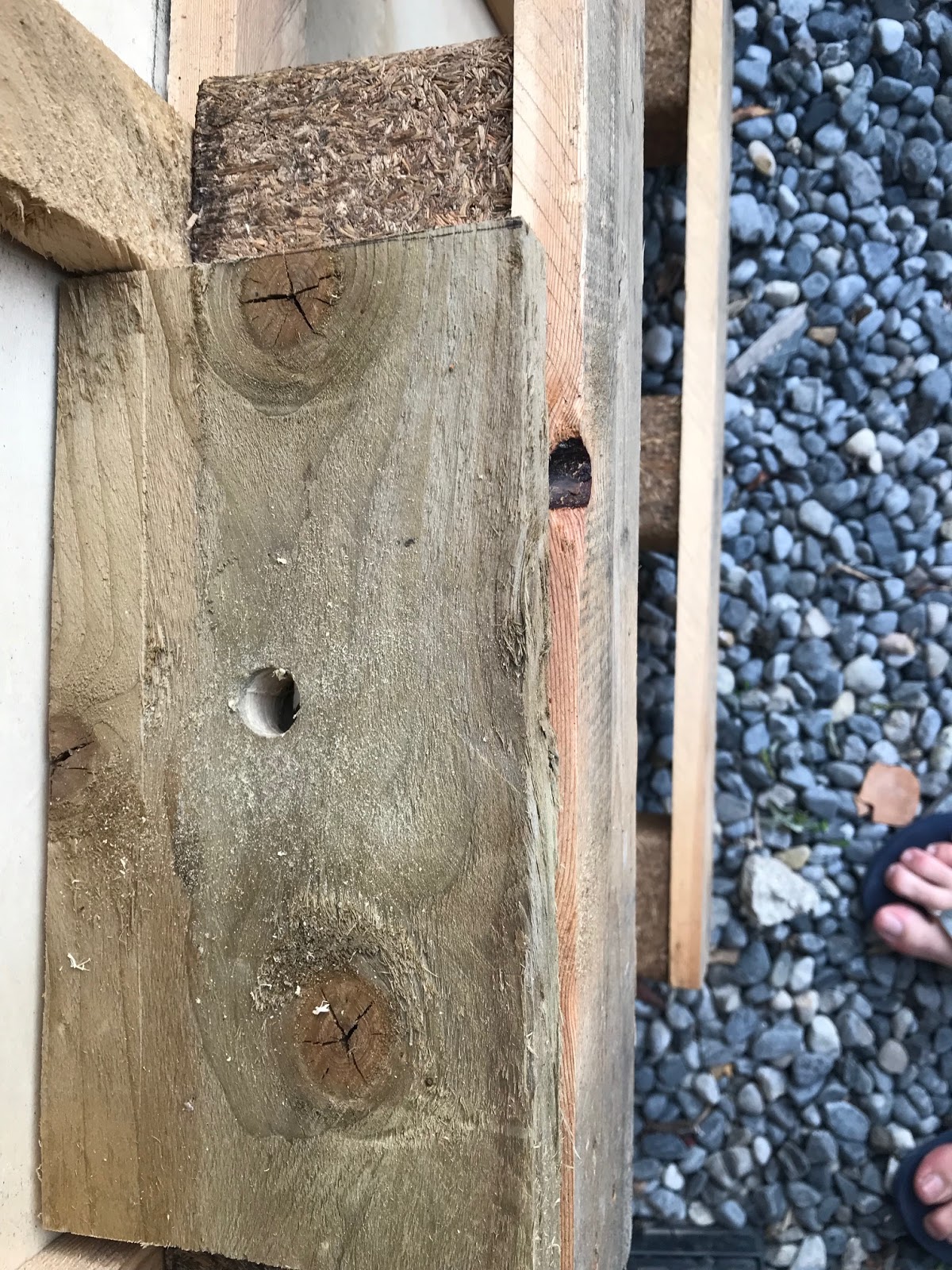 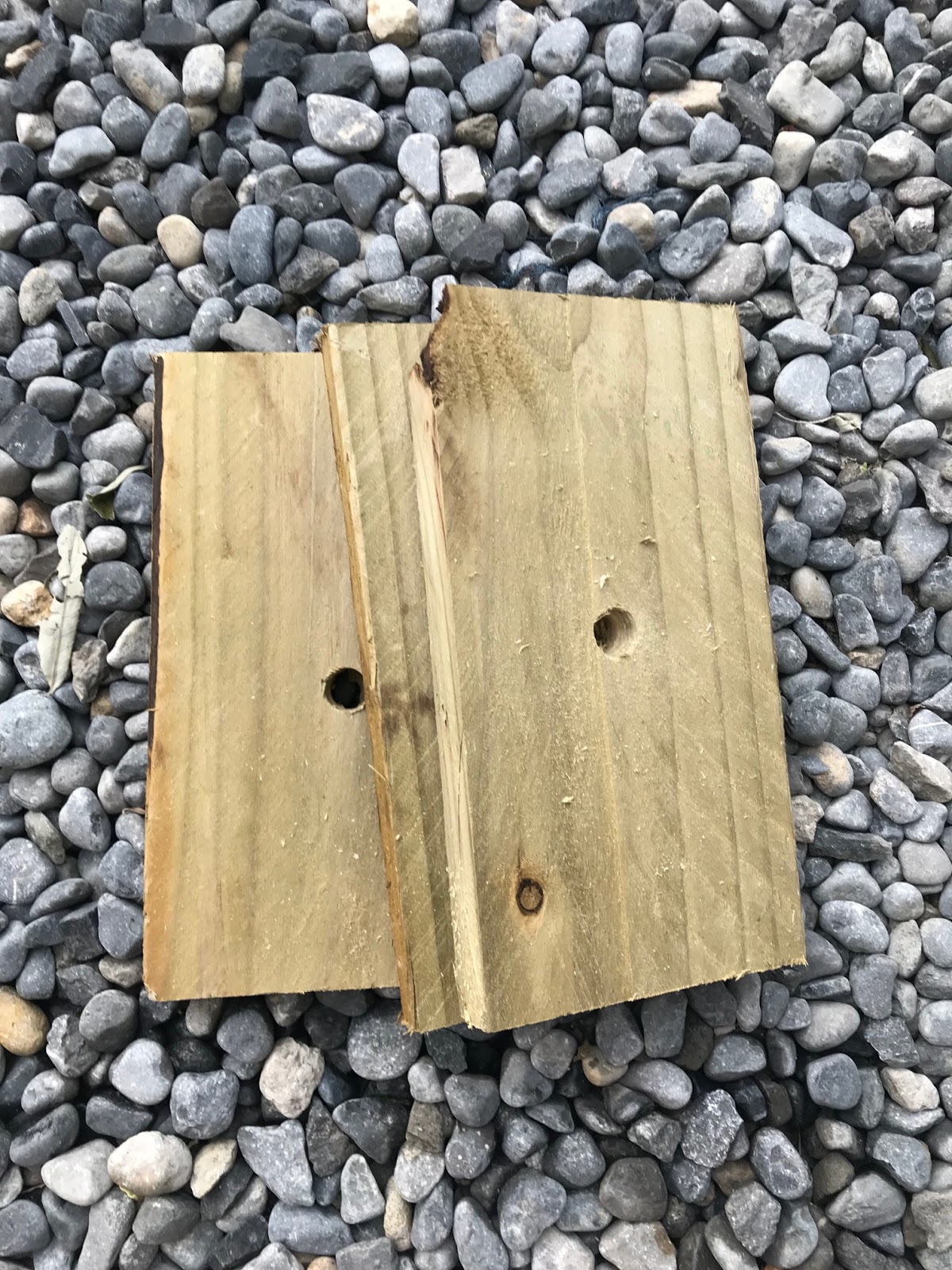 Once the bases were attached with some screws I gave the pallets a coat of paint. I used Johnstone’s Garden Colours and used a colour called Dusty Fern. They only required one coat, the paint went on so well. 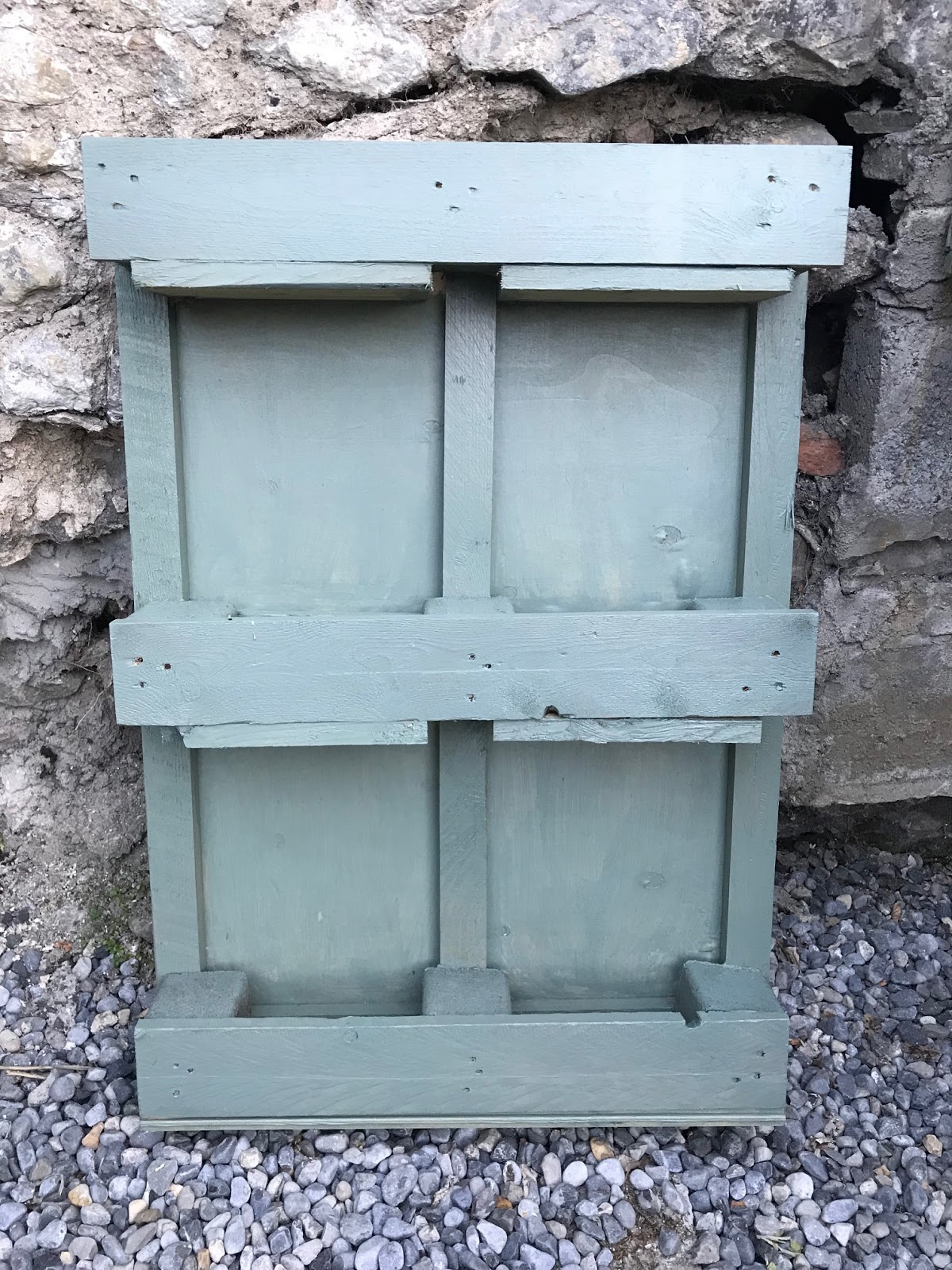 After the paint dried I filled the small sections up with compost and planted my selection of herbs. I choose Basil (which is doing great in this hot weather), thyme, mint, coriander (cause I eat LOADS of this) and parsley. I picked up the plants in the local garden centre. 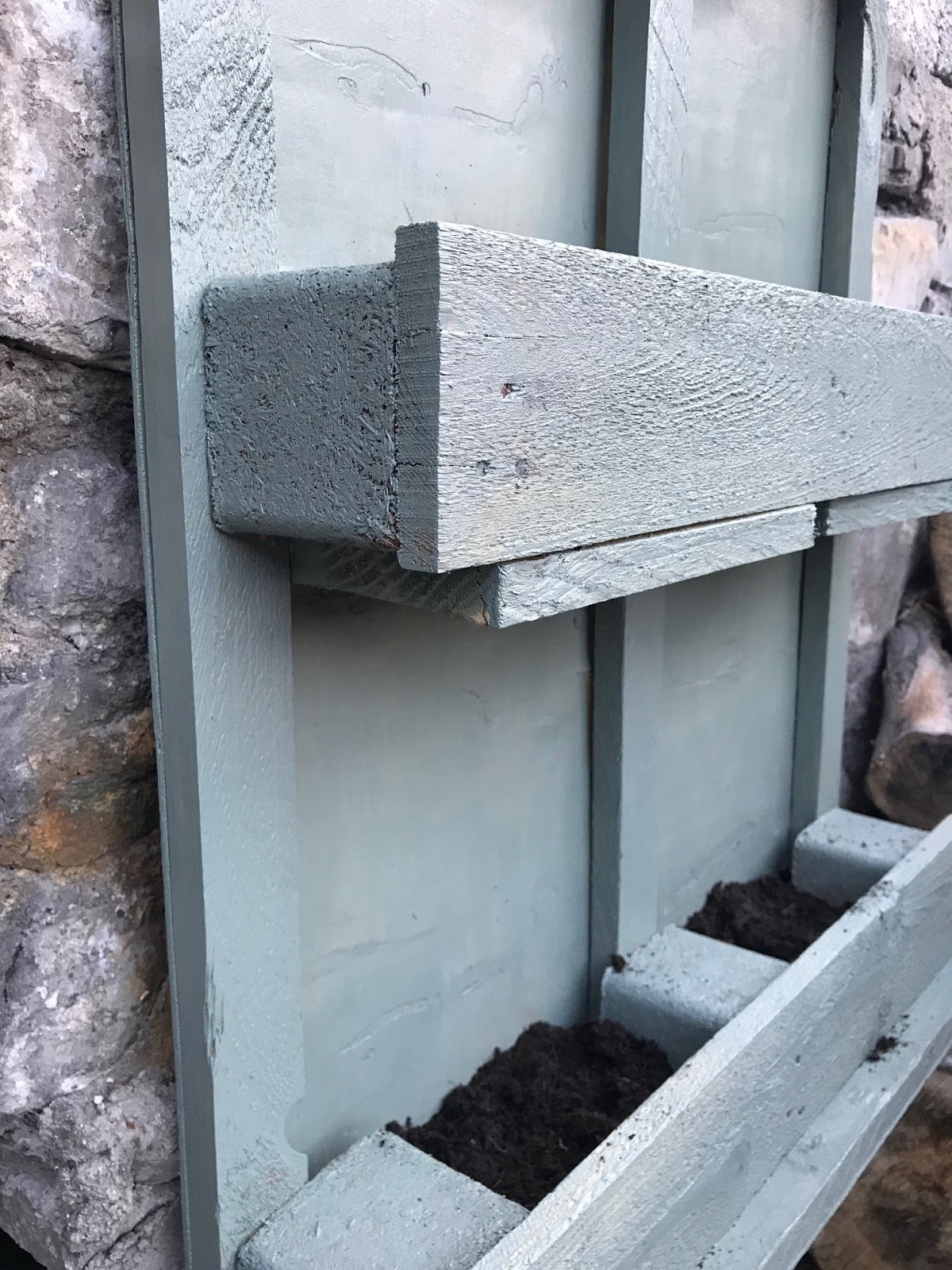 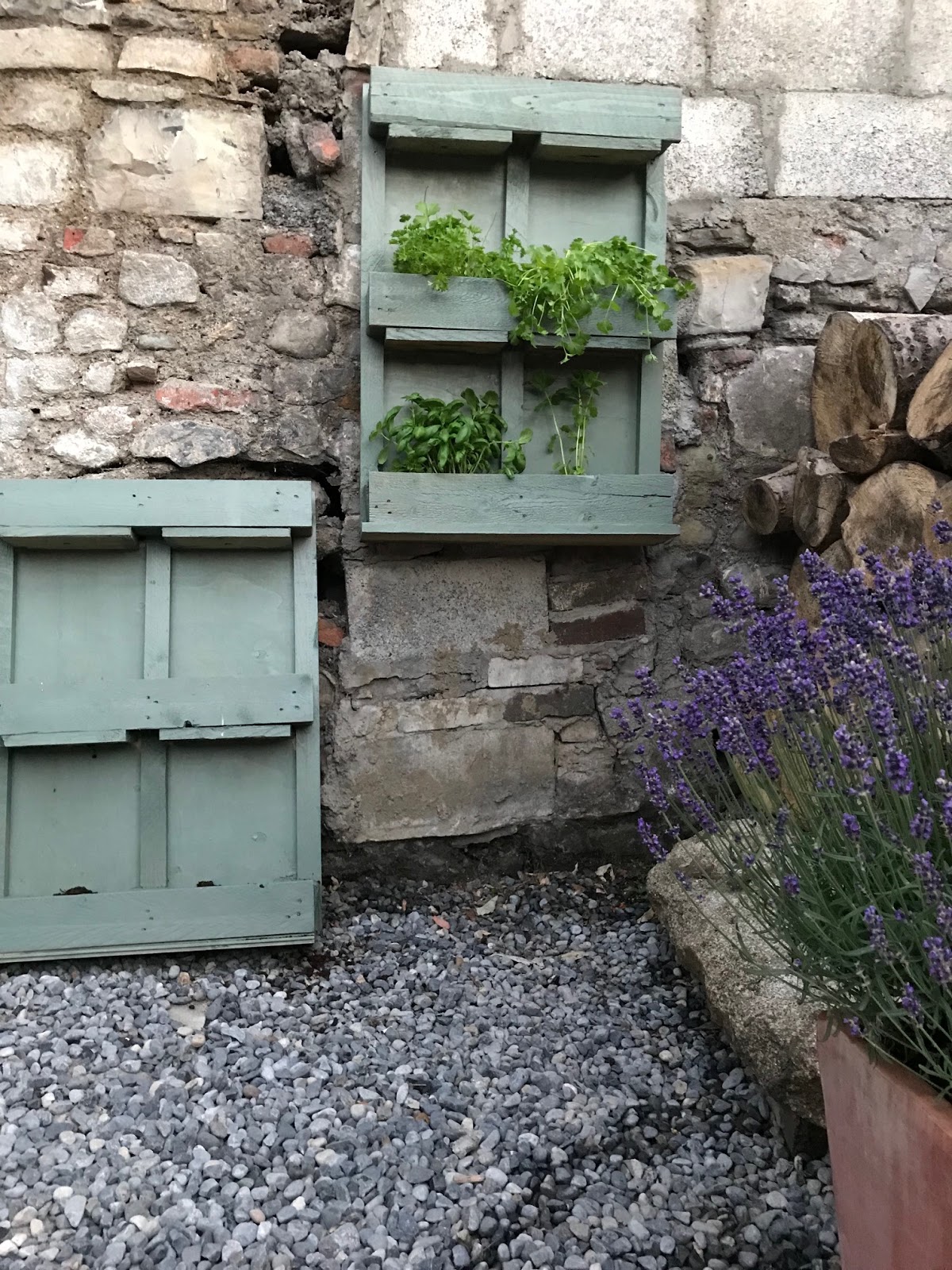 I used a masonry drill to attach one of the pallet planters to the stone wall. I would love to hang the second one but the stone is very poor. The second one is resting on the ground but it hides an ugly pipe which was capped. These planters look great and take very little maintenance. I love being able to pop out to the garden and grab some fresh herbs too. They really add to the space and cost very little to make. Win win! 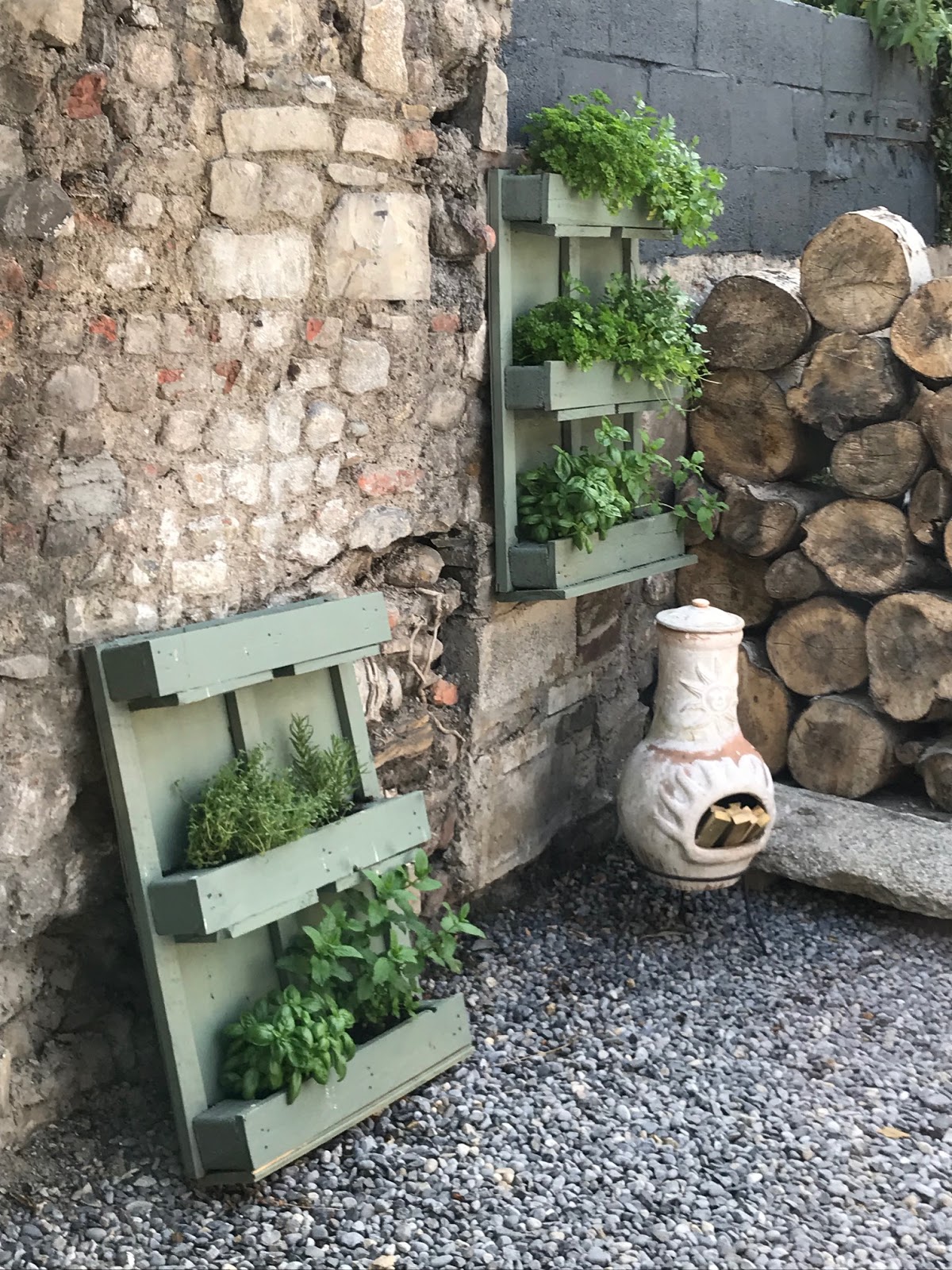 I hope you give these a go and I hope it has inspired you to find an alternative use for pallets! Garden tips on a budget! Having a nice space outside your home doesn’t need to cost the earth (no pun intended!)